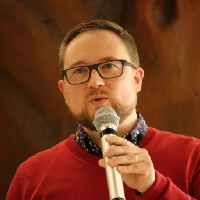 For games development studio Hashstash, combining fun and learning is at the heart of the titles they produce. From their base in NOIDA, northern India, they work with nonprofits and educational institutions to create games that address social issues and aim to enrich their players’ lives.

And, of course, if you build games to improve people’s lives then you’d better make sure those games are fun to play. According to Kinshuk Sunil, Hashstash CEO and Founder, the Hashstash team is as much interested in progressing videogames as a tool for good as they are in building individual titles.

Hashstash has been running for eight years and during that time we’ve focused on how interactive media and games as a medium can be used to create impactful messaging, as well as change and enrichment in people’s lives.

Over those eight years, the Hashstash team have experimented with different tech stacks. For a long time, they avoided running an authoritative game server and instead relied on peer to peer matchmaking. However, peer to peer wasn’t suitable in every situation.

“Before we selected Nakama, if there were any times when we needed to make an authoritative call, we’d make custom peer to peer calls and then store the data in a central database and then a Lua process would bring everything together.”

The additional overhead of managing custom peer to peer calls wasn’t sustainable, though. That set the Hashstash team looking for a games back-end server that could handle multiplayer and more.

Not just open source but also the best option technically

While open source opened the door, it was Nakama’s industry-leading technology that sealed the deal.

“Nakama brought enormous benefits to our entire developer process. The most important feature for us, initially, was Nakama’s clustering. We need to be ready to scale when a game becomes popular and Nakama makes scaling very easy.“

“Nakama also enabled us to switch entirely to an authoritative multiplayer model, which has made our development process much more efficient.”

The Heroic Labs team have been a large part of why Hashstash have been so happy with Nakama.

“Heroic Labs have an awesome team. We had some minor issues but the Heroic Labs team resolved them straight away. And they’ve also helped us with our development, ensuring that our server-side scripts run efficiently.”

Having started with the open source version of Nakama, Hashstash are now customers of Heroic Lab’s Heroic Cloud platform. That has given Hashstash even more freedom to focus on developing gameplay.

“Heroic Cloud has been ‘deploy and forget’. It has never got in the way of releasing games or updates. Nothing is more gratifying than for a platform to be that good.“

Nakama has given Hashstash the confidence that they can scale as and when needed, while also simplifying their development process. Heroic Labs’ Heroic Cloud has also meant that dev ops for the Hashstash team is really just a matter of “deploy and forget”.

Try Nakama today for free by installing the Docker image on your laptop.